9 Poses Every Wedding Photographer Should Avoid 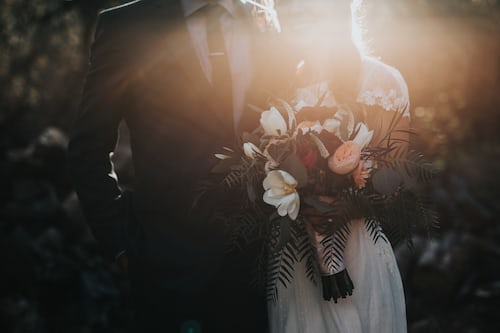 Your wedding day is one that you will remember for the rest of your life. An important part of that day is having a photographer that can create beautiful pictures that capture the love between you and your significant other. Part of creating those beautiful pictures means avoiding some of the most unpleasurable poses.

The Dip And Kiss

This one starts our list of poses to avoid for many different reasons. The first is that it’s been overused for a long time. You want photos that stand out, not ones that fall into the like everybody else category. Second, this pose is somewhat unnatural. You’ll usually see the bride in an uncomfortable back bend that messes with the beauty of the moment.

Men typically don’t help each other dress. This is one of those roles that tend to be left to the mother of the bride to help with a dress which is a two-person job. Save the photos for the bride and use other scenarios to capture the brotherhood of the groomsmen during the wedding preparation.

The Hold Hands And Look At Each Other Pose

While this pose can seem natural for some couples, it usually comes across forced for many. Holding hands is definitely something that you want to photograph, but avoid the awkward eye staring. This can turn what you thought was a romantic moment into a weird staring contest that takes the cutesy out of the picture.

The whole idea of a wedding is showcasing a couple’s love for one another. There’s no need to throw more visual cues into the photographs. Avoid the pose where the couple shapes a heart out of their hands. This detracts from the faces of the couple and doesn’t really show off the wedding rings too well either.

This one should be pretty self-explanatory. What bride do you think wants to jump up in the air with a dress on? Probably not too many of them. Give the awkward jumping a rest as it doesn’t really fit into the whole wedding experience. Plus, it’s fairly dangerous in a dress.

One trend that has caught on for some reason is the shot of both wedding rings. These are typically done on a bible, piece of wood, or some other object. The bride and groom get to wear their rings for the rest of their lives. They don’t need a picture reminder of what they look like as they’ll have a daily reminder. Avoid taking these photos unless specifically asked by the wedding party. If you’re asked, ensure you use a surface that has some significant value to the couple, such as a tree where they first kissed.

Bride Laying In The Grass

We’re not sure just why this has become so popular, but it’s got to go. First off, laying in the grass is one great way to stain that white wedding dress. Why on earth would you want the bride’s dress to get ruined? Secondly, there’s no real significance to grass. It grows every day and doesn’t provide any sort of visual feature. You’d be better off taking a photo with a green backing as it will be much cleaner to do for the bride.

Again, this is another pose that is seen a lot but is awkward to look at. The whole point of wedding photos is to capture the moments between the bride and the groom. When you get a photo of them running away, you don’t really get their faces in the frame. You’re essentially just getting their backside. That’s not a memory that many want to see.

Grom Popping Out Of The Dress

Okay, this one is just weird. Having the groom pop out from underneath the bride’s dress just brings up some inappropriate questions. We know the couple is in love, but when the groom’s head pops out from underneath the dress it can be very awkward for the photo viewer. Wedding photos are to be about the elegance of love, not a child’s pose to get people to laugh.